GET THE WHOLE STORY IN THIS FASCINATING BOOK
CROCODILE SAFARI MAN

This fascinating book records a real-life account and a history of a family growing up on a farm in Bridport Tasmania during the Great Depression years of the 1920’s & 30’s. It also details a bygone era and the remarkable achievements, adventures and travels of the Author (Keith Adams) both in Australia and overseas until 2003.

This fantastic book illustrated with eye-popping photos, is a no-holds-barred tale of real rural beginnings in Australia . . .  of struggle during the “Great Depression” . . . of triumph over adversity and above all the amazing resilience, fortitude and resourcefulness, for which legendary Australians are known. “Crocodile Safari Man” will enthral, inspire and terrify you will fair dinkum tales of adventure in an old Australia which is fading fast in memory.

icon of a bygone era

Here, Keith speaks of his family roots in Tasmania as a third generation farmer: “I reckon my Dad was twice the man I’ll ever be. We didn’t talk to each other nearly enough while he was alive and I’d like to tell about him now as a kind of tribute. Dad was born as Edward Buse Adams on the 9th May 1874 (Adams, very appropriately for our family, means ‘son of the soil’). He was the sixth child of thirteen and the grandson of John Adams who was born in 1794 and who arrived in Fremantle with his wife and three children and his brother Oliver in the 360 ton Nancy on the 9th January 1830. He was granted land on the Canning River, but after twelve months decided not to take it up and moved to Launceston in Van Dieman’s Land, where my father was born.” 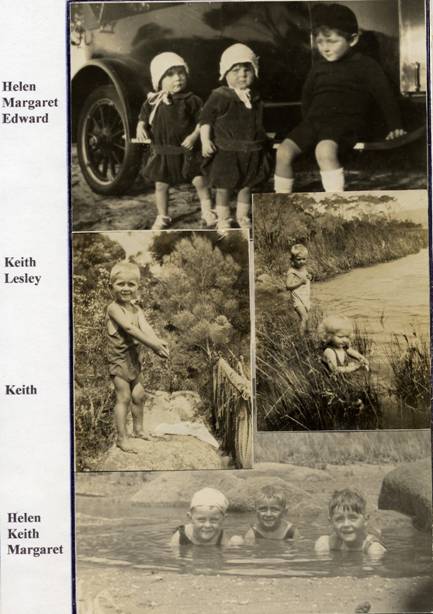 ‘There are many many people who saw Keith’s Northern Safari film for the first time, while at school in the 70’s and ’80’s. This is a tale about their Australia, a land which seems forgotten in a modern world of internet, GPS and iPhones.

The movie made him wealthy yet, even though he went from rural Aussie battler to famous adventurer, Keith was never more happy than when he was living off the land. Read the full story in his book “Crocodile Safari Man”.

. . . of Keith’s mother: “Mum was a bit of a home doctor. She had a cure for everything. If we had a belly ache, she would dose us with Epsom salts. With ear aches, it was a clean out with peroxide. When we got boils, she would examine them from time to time and be quite sympathetic, but when ready to burst she would grab hold of us and squeeze like hell. It didn’t matter how loud we yelled, she didn’t stop until all the puss was out. When we got hair lice, which we got almost every year from the other kids at school, Dad practically shaved our heads and then Mum would go to town on our scalps with kerosene and a stiff brush. We felt that our scalps were practically on fire.

Mum had a happy nature and loved to play tricks on her progeny. On one occasion she came up to us when we were very young holding her hand and telling us that she had cut off her middle finger. And there it was, the middle finger, displayed on blood-soaked cotton wool in a square tobacco tin. It looked ghastly and frightened all of us, especially Helen. Having succeeded in frightening the hell out of all of us, Mother explained that it was all a joke . . . a hole being cut in the bottom.”

. . . of growing up on a farm: ” While I was 12 and with a broken arm in a sling, Dad asked me to go and rouse out sheep from the slippery banks of the Forester River. I said I‘ll take my double-barrelled shotgun in case I saw a duck, but Dad said: “Don’t be silly. You can’t shoot with one arm.” After about two miles of walking I was preparing to cross a creek when I slipped and dropped my loaded and cocked 12 guage shotgun in the water. As luck would have it, the gun landed just out of reach with about three inches of the barrels protruding from the water and aimed straight at me. My arm was hurting like hell as I leant down at full stretch to try and reach it. But the best I could do was to get my little finger into one of the barrels, jam it sideways and gently pulled towards me. Bang! Well, I guess that it just wasn’t my turn to die. The trigger on the other barrel caught on a snag and exploded. My arm and my head were almost in direct line of fire and it was almost inconceivable that I had escaped injury. The noise of the gun blast almost blew out my eardrums”

. . . of growing up in the world: “In 1948 I got a job in New Guinea, servicing and maintaining the Australasian Petroleum company’s Port Moresby fleet of vehicles and boats. I had ten local Papuans on my staff and I had to learn Pidgin very quickly in order to have any communication at all. The pay was good but the heat and humidity, especially in my tin shed workshop, was terrible. I sweated as never before. Native wash-wash boys did our laundry, but as they couldn’t read our name tags, we rarely got our own clothes back.

The Papuans were called Fuzzy Wuzzys because of their massive crop of black curly hair. They were the happiest folk I had ever seen, perhaps partly because they chewed beetle nut which tended to make their teeth red and themselves a little drunk. Port Moresby was a man’s town. The native girls wore grass skirts and were very pretty, but it was greatly frowned upon for Australian men to mix with them. There was an extreme shortage of white girls and you needed to have the qualities of Clark Gable in order to get a girl on your arm”

The beginning of adventure outback as a crocodile hunter: “Returning from New Guinea in 1949 I joined up with a team of would be crocodile hunters from Brisbane, who were undertaking hunting in the Gulf of Carpentaria. The venture turned out to be a classic failure, blokes were scarred, fighting each other, worried about girlfriends and wives and were not suitable to the task. However for me it was one of the most thrilling adventures I’d had to that time . . .” 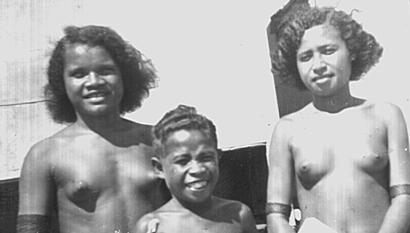 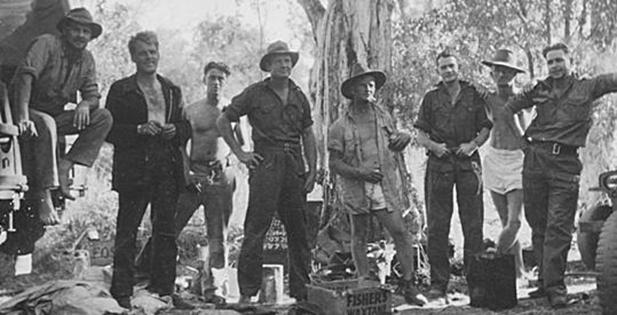 Buy your DVD and Book Today

Northern Safari is the first Aussie Adventure film,
made by three remarkable Australians in a time, now fading from memory.

Crocodile Safari Man
documents the lives, fortune and troubles of a family on the land in Australia.